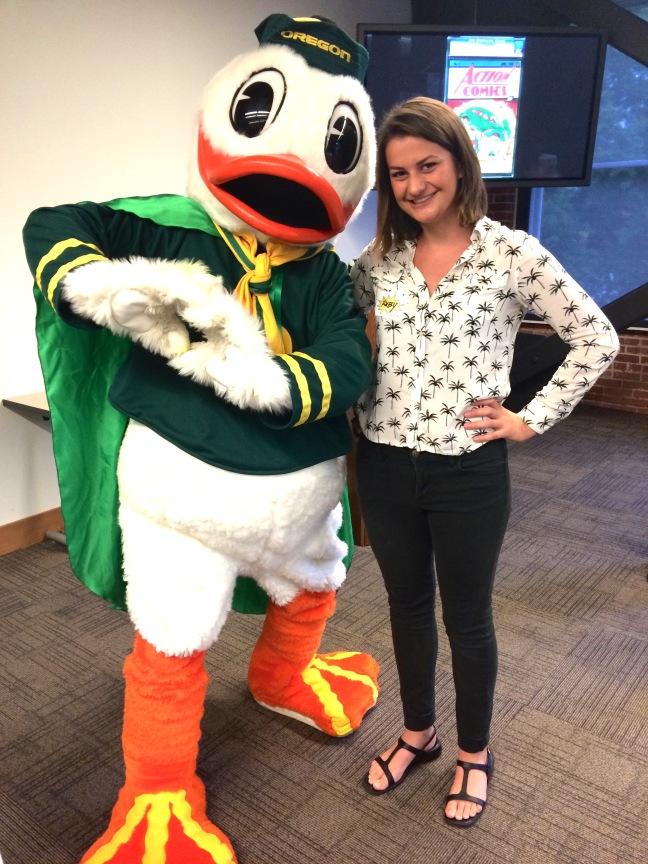 Ruby Lambie hails from Beaverton, Oregon (Portland for those who don’t know the difference). She is majoring in Digital Arts and minoring in Comics and Cartoon Studies. When not buried in school work, Lambie serves as layout editor and web designer for Art Ducko, as well as Unbound, the University of Oregon’s Literary Arts Journal. She also makes weekly comics for Humans of UO, a Facebook page that posts about daily life on UO Campus.

Lambie’s influences come from an array of disciplines. Her greatest influence is David Hockney because of the span of expertise that he exhibits across mediums such as painting, photography, sculpture and printmaking. In comics, Lambie looks to Chris Ware for his ingenuity in pacing and character development. In her own life, Lambie draws inspiration from the perspectives of those around her, both in the physical and intellectual sense of the word.

Lambie says that it is difficult for her to see what the future holds after graduation. There are many paths that she could take, be it animation, graphic design, or children’s book illustration. For now, she sees herself doing a little bit of everything.

Ruby’s advice for aspiring writers and artists:“Make what you want. Don’t worry about whether or not people will think it’s weird, because they probably will at some point. If there’s something in your head that you want to bring to life, do it. And don’t stop doing it. Part of being an artist is being insatiable. Never stop making and doing and gluing and drawing and breaking and painting and collaborating. Keep up your momentum and before you know it, you’ll be soaring.”